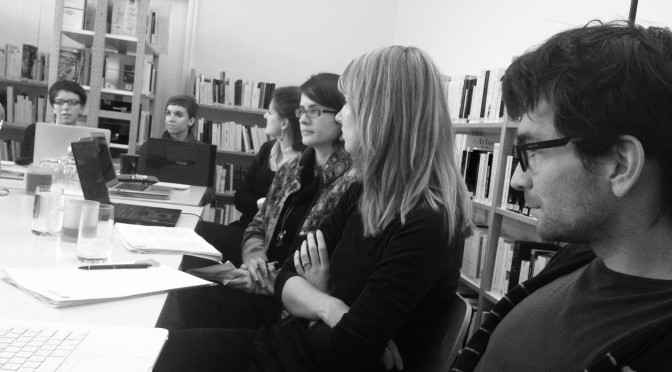 Seminar is open to students and scholars from CEFRES’s partner institutions. Each session will begin by an overview of one selected reading in French or English to be chosen from the list by a CEFRES fellow. The reader with texts will be available in electronic form.

See the program of the 2nd semester

See the program of the 1st semester

Interdisciplinarity can be defined as a dialogue between fields of knowledge in such a way that these fields are partially reorganized and reframed. It is usually distinguished both from ‘pluridisciplinarity’, which would merely juxtapose the disciplinary approaches, leaving them intact, and from transdisciplinarity, which integrates several disciplines into one approach.

On the one hand, the proliferation of the term interdisciplinarity has undoubtedly signaled a reflexive attitude across traditional academic disciplines and a clear intention for closer interminglings, cooperations and connections – of methodologies, modes of inquiry, theory (re)constructions and even knowledge application. Researchers are advised to think, behave and work synergistically. Furthermore, over the last decades – particularly under the auspices of post-industrial ‘knowledge economy’ – interdisciplinarity has become a widespread scientific and public practice. Ever since the 1960s the OECD then the EU have deployed interdisciplinarity as an instrument pitched against the enclosed and self-referential ‘academism’ in public research and foregrounded socio-economic impacts of scientific research. This political discourse, stressing innovation, application and closer links between science and society – ‘socialization of science’ and ‘scientification of society’ – was dominant in the 1990s when public research became structured not around disciplines but around problems and ‘global challenges’ to be diagnosed and solved. As major EU policy initiatives such as Horizon 2020 maintain, research is to be conducted in the ‘context of its application’ (Mode 2).

There is no doubt that interdisciplinarity transforms disciplines, but the nature of such transformation is yet to be explored. In this seminar we will discuss such burning questions and explore the promises and pitfalls of interdisciplinarity, as a practice, discourse and imperative in research conduct.

Academic work has long been divided according to disciplines, which can be considered as the major reference frame of the university. Despite this long-lasting management of scientific activities, many researchers consider such a frame a contrived constraint, especially since scientific objects themselves proceed from the defining of a specific problematic, to which a proper methodology is to be applied to solve it. The uneasiness surrounding the debate on disciplines is increased by two factors: their growing fragmentation into subdisciplines and the rise of the new paradigms of trans- and interdisciplinarity within all research fields.

The research seminar Between Disciplines and Areas aims at discussing this development through the presentation of the research with which scholars of IMS and the French Research Center in Humanities and Social Sciences (CEFRES) are engaged. Indeed, they are used to working within two frames: the area (or “territory”), which places the research object in a specific context, and the discipline, which constitutes the theoretical backbone of the inquiry. Traditionally area and discipline are divided along the line drawn between empirical and theoretical approaches. This border prompts two main questions: To what extent does a theoretical frame fit to objects in context? And on the other hand, can empirical outcomes provide a more comprehensive understanding?

These are some of the questions that will be addressed at our seminar. By presenting their research in situ, scholars are invited to reflect upon the connection between their discipline(s), object and research field. They should therefore elaborate on the methodological inputs and theoretical framework of their researches.

Since 2007, CEFRES has teamed up with the Institute of Czech History of the Faculty of Arts (Charles University in Prague) around  a weekly seminar in history. Open to Prague’s French-speaking  students and to Erasmus students from France, the seminar hosts French historians around a unifying theme chosen every semester.

See the program for the seminar and the workshop.

See the program of CEFRES sessions. 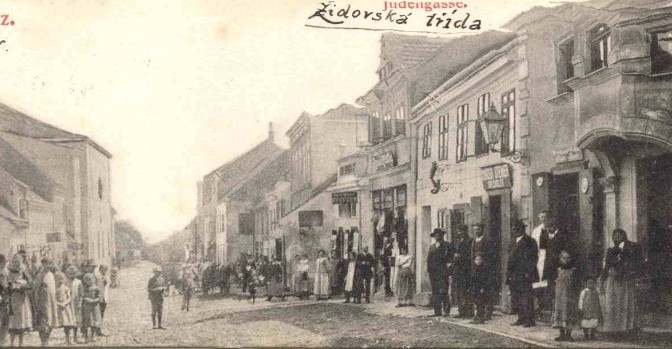 A joint project of the Institute for Contemporary History, Czech Academy of Sciences and CEFRES in partnership with the Jewish Museum in Prague.

When & where: the colloquia are held in the library of CEFRES, Na Florenci 3, Prague 1, always at 5 p.m. Check on CEFRES calendar the next sessions.

Language: Czech and Slovak in Fall – English in Spring

The colloquia are intended to provide a platform for academic discussion about the latest research on Jewish history especially of the last three centuries. Though primarily focused on the Jews of central and east central Europe, the colloquia also include topics related to the Jews of other regions. The colloquia will be further enriched by including topics not directly concerned with Jews, but enabling one to see Jewish history from other perspectives (for instance, the perspective of other ʻminoritiesʼ).

Despite our preference for the methods of historical research, the organizers welcome multidisciplinary approaches to the topics, including those of sociology, political science, religious studies, and art history.

Among the people leading the colloquia are scholars from institutions in the Czech Republic and abroad, senior scholars as well as PhD students.