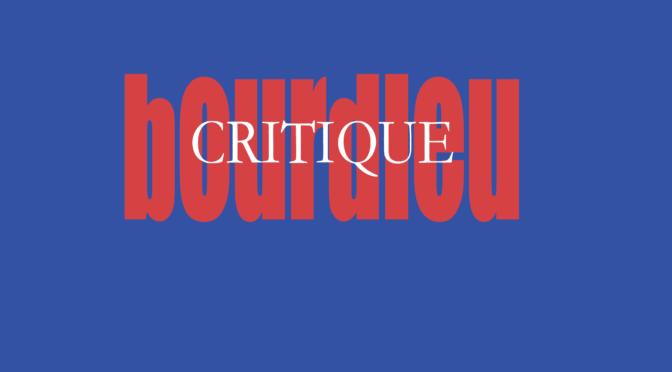 Center for Science, Technology, and Society Studies (Institute of Philosophy of the Czech Academy of Sciences) and CEFRES
are pleased to invite you to the workshop “Pierre Bourdieu’s Science of Science: Sources, Arenas, Legacies.”

The workshop picks up the threads of the Sociology and Philosophy of Physics seminars organized in 2022 by the Institute of Philosophy of the Czech Academy of Sciences and the Department of Philosophy and Religious Studies, Faculty of Arts of the Charles University, Prague.

Pascal Ragouet, University of Bordeaux – Centre Émile Durkheim
“Science as a Field. Bourdieu’s Contribution to the Sociology of Scientific Knowledge”

– See below for the abstract –

Abstract of the guest lecture

In the course of its history, the sociology of science has been traversed by several major debates. The first is the one that T. Shinn and I analysed in the book titled Controversies on Science by proposing to consider Robert K. Merton’s sociology as a form of differentiationism opposed to the anti-differentiationist tendencies of post-Kuhnian programmes of research on science such as the Strong Programme (D. Bloor, B. Barnes), the empirical programme of relativism (H. Collins, T. Pinch), laboratory studies (B. Latour and S. Woolgar, K. Knorr Cetina, M. Lynch) or the network actor theory (M. Callon, J. Law, B. Latour).

The second concerns the question of whether scientific knowledge can be sociologically analysed. With R. Merton, the sociology of science kept its distance from a sociology of scientific knowledge. The break comes with the Strong Programme and the Empirical Programme of relativism. The pendulum swings back the other way with the radical constructivism of network actor theories. Today, sociologists of science and technical innovation seem to be less concerned with scientific knowledge than with the need to think about science in society, when it is called upon by industrialists and politicians, when it feeds expertise, when it is questioned in the context of risk management and reflections on the relationship between science and democracy.

Bourdieu’s contribution to the sociology of science makes it possible to overcome these lines of conflict because it is based on a theoretical framework articulating a theory of social structuring, a theory of practice and a theory of social asymmetries. Based on two personal research projects on biology, the aim is to show the fruitfulness of this approach.