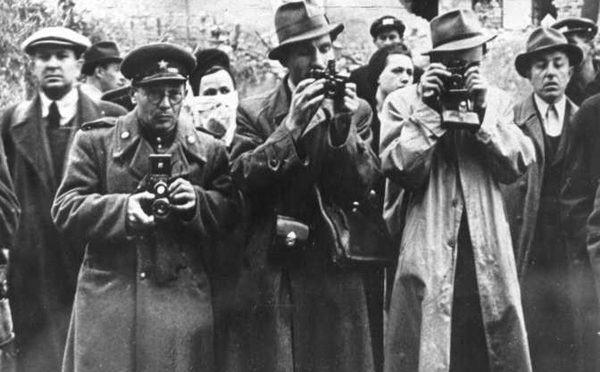 Annette Wieviorka is probably one of the famous French historians on the Holocaust and a specialist of the history of Jews in France. A distinguished researcher of French National Research Center (CNRS), she just published 1945, la découverte (Le Seuil, 2017), dealing with the discovery of the Nazi concentration camps in April and May 1945 by the Allies through the testimonies of two war reporters. Among her books translated into English, one will read her groundbreaking The Era of the Witness (Cornell, 2006), along with Auschwitz Explained to My Child (Marlowe & Co, 2002). She talks about her personal trajectory in a series of interviews conducted by Séverine Nikel published in French under the title L’heure d’exactitude (2011). Annette Wieviorka will give her insight on the figure of the witness at the time of WWII during her lecture in Prague.

Venue: Faculty of Arts of the Charles University, Nám. J. Palacha, room 200
Horaires : 5:30-7:30
Organizers: Kateřina Čapková, Clara Royer and Milan Žonca
Partners: CEFRES, Prague Center for Jewish Studies (FF UK) and the Institute of Contemporary History of the Czech Academy of Sciences. With the support of the French Institute of Prague
Language: French with simultaneous translation in Czech

Illustration: “Taking photos of the victims in the ghetto (Budapest, 19. January 1945)”. Source: http://phdn.org/archives/holocaust-history.org/hungarian-photos/