Cosmas chronicle and his first followers (12th—early 13th century). The birth of a Czech historiographical tradition 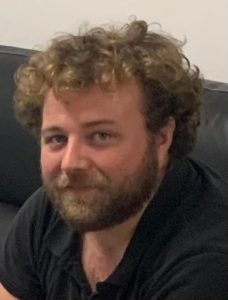 I study especially the first major Czech historiographical work, i.e. the Chronicle of the Czechs written between 1119 and 1125 by Cosmas, dean of the chapter of Prague, and its influence on practices and uses of History till the beginning of the 13th century. The great historian František Palacký defined the period from the 12th till the beginning of the 16th century as the “cosmasian time” of the Czech historical writing.  This reflects how strong was the alleged impact of the work of Cosmas on the medieval domestic historiography. The aim of my dissertation is to evaluate and investigate its actual influence on the understanding of History during the Přemyslid era.

My research can be divided into three main issues: the historical craft to design and produce the chronicle, the political and religious project induced by the text, and finally the expression and building of a feeling of belonging to a community which can be defined as “national” in default of any better word. In a second part, the first continuations of the chronicle of Cosmas will be investigated within the same perspectives and in the framework of comparative analysis to understand how much their authors followed the historiographical vision of the dean of the chapter of Prague. But to fully understand the impact of the Chronicle in the Czech lands, it will also be necessary to pay attention to the manuscript tradition (to the copies, their movements, the interpolations, etc.) and to the question of how it was reused in new written and iconographic works.

My PhD thesis is the first large study written in French about this essential source on the first centuries of the Czech history. It will include a translation of the text in addition to the historical analysis. There is already a vast literature in Czech, German, Polish and now also English about the chronicle of Cosmas, but the studies about his continuators are sparse and often old. Moreover, during the past fifty years, many researches, especially French ones, have deeply refreshed the way to investigate the medieval historiography and offer new possibilities of understanding these texts.