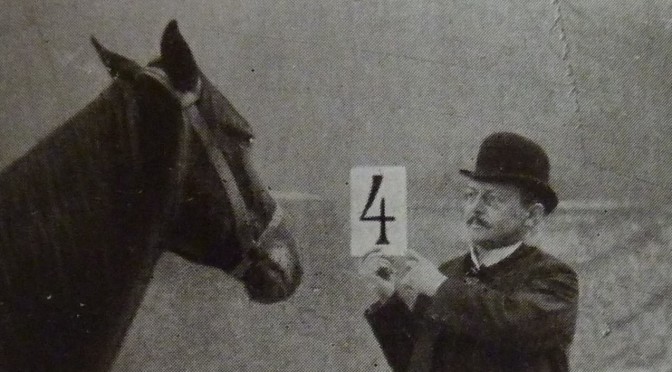 This conference will bring together in Prague researchers from different European countries. One of its main purposes is to create a Central European network of scholars dealing with the topic of the human-animal relations across disciplines.

Please send your CV, paper title and a 400 words-long abstract to: animalcefres@gmail.com

Paper presentations will have a maximum duration of 25 minutes.

There is no fee to attend the conference. Subsidies for travel and accommodation expenses may be available for participants.

One of the major problems of the 21st century will be the problem of the human-animal line. The “updating” of the W. E. B. Dubois’s famous claim (1903), according to which the problem of the colour line would have been the fundamental one during the 20th century, is not only a provocation, but also the acknowledgement of a radical shift that occurred in contemporary thought, practices and sensitivity, as attested by the emergence (and success), in recent years, of new approaches such as Animal Studies, Posthumanism, Ecocriticism and Thing Theory. Different as these fields of study may be, they resonate with the common aim of dismantling anthropocentrism and reconceptualising the boundaries between the “non-human” (including the artefacts) and the “human” in order to replace the latter in a broader web of relations, beyond the inherited dichotomies (nature/culture, subject/object, mind/body, etc.). The “question of the animal”, in particular, represents the limit upon which all the concepts attempting to determine what is proper to man (rationality, self-consciousness, politics, morality, rights, etc.) are formed. Since Derrida’s claim according to which it is the decisive question, it has met with such an increasing interest that many started to speak of a true and proper “Animal turn” in Humanities.

This calls for a radical rethinking of a) the ontological norms proper to the Western philosophical tradition, b) ethics, traditionally restricted to human subjects and c) linguistic, narrative and representational conventions. While philosophers such as Giorgio Agamben, Donna Haraway, Elisabeth de Fontenay, Florence Burgat, Dominique Lestel and many phenomenologists investigated the anthropological difference and contested the uniqueness of humans; historians like Erica Fudge, Kathleen Kete or Éric Baratay have reread important chapters of our history against the grain. They have focused on marginal agents, outlining the evolution of our sensibility and sympathy towards animals in connection with major historical events, and drawn attention to the centrality of the animal in our own understanding. As regards literature, animals are pervasive in modernist fiction (Kafka, Pirandello, Woolf, Svevo, Hofmannsthal, Melville, to name but a few), which often confronts the crisis of representation through animals, while many contemporary writers, such as J. M. Coetzee or Margaret Atwood connect the critical reflection about the limits of representation with ethical concerns. Likewise, artists and performers (Olly and Suzi, E. Ashton, C. Schneemann, Pierre Huyghes, De Bruyckere) materialize the abstract and philosophical notion of becoming-animal or arouse spectators’ discomfort by displaying animal suffering.

On the premise that the boundaries between the “human self” and the “animal other” need constantly interrogating and analysing, we are convening an international conference with a view to widening the debate on this pressing question in Central Europe. The conference will be an opportunity both to critically reassess the results of the research already carried out in the area of English and French Animal Studies in its relations with contiguous fields, and to initiate new paths of research and analyse new sources of reference.

We particularly appreciate cross-disciplinary contributions focused on the last two centuries and the beginning of the 21st. In this time frame, the transformations that occurred both in society (with the massive industrialisation and urbanization in European Countries, the progressive withdrawal of the wildness, the growing practice of pet-keeping) and in scientific or philosophical thought (the Darwinian and Freudian revolutions, among other theoretical shifts) have radically changed our approach (concrete, artistic and literary) to non-human animals. Nevertheless, relevant proposals dealing with previous periods are not excluded.

Topics of discussion may include but are not limited to the following questions:

Where to draw the line between human and non-human? How to encompass continuism and discontinuism? What are the promises and limits of empathy? Ontology and ethics of interanimality. How can French animal studies and Anglophone animal studies be productively put in dialogue on this topic? The influence of new discoveries in ethology and zooanthropology on philosophical thought.

How to represent animal and their peculiar being-in-the-world? How to speak on behalf of someone who cannot? How the irruption of animals into the writing and Arts subverts the norms of representation and the ethics of discourse? How do contemporary art and literature problematize the antinomy between the allegorical and literal interpretations of animals? What does becoming-animal look like in art and literature? Recurrent topoi and their subversion. (Post)apocalyptic imaginary.

Challenging and combining disciplines and approaches:

What does it mean and how to write a history of animals? How does literature (the realm of words) question itself when facing animals, their silence and uncanny otherness? Mis/application of philosophical theories to the analysis of literary texts and pieces of art. Alternative account of inter-specific relation in postcolonial literature. Genealogical and analogical connections between racism, sexism and speciesism. Animals as a limit case for the theories of difference, alterity and power. New forms of synergy between postcolonial, gender and animal studies beyond the common focus on the “other” as victim. New frontiers of research: Animal Studies, Ecocriticism, Posthumanism and Thing Theory.

Histories and geographies of the human-animal relations:

Evolution of sensitivity and sympathy towards animals. How do events such as wars, genocides, and catastrophes change our perception of animals and ourselves? Animal studies and colonial history. Material relations with animals (meat-eating, work, sport) and what do they tell about humans. (Post)colonial history of zoological gardens.