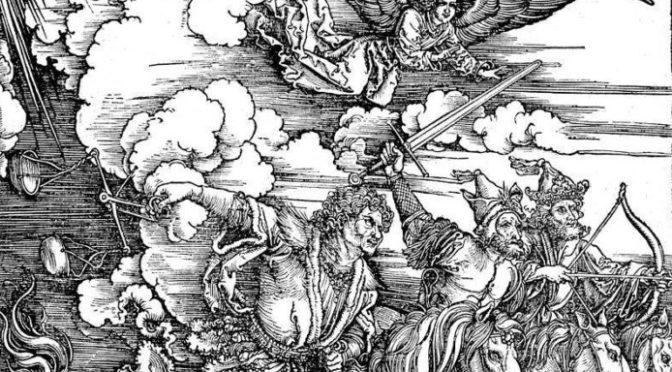 The second millennium of the Church is one of a connected series of “total revolutions”, enacted by those who had been promised Christ’s return and blissful paradise, yet experienced only desperation. Their hatred of this status quo, hatred of heaven’s absence, reached such a state that they fought to bring heaven into the world.[1]

Eugen Rosenstock-Huessy’s classic reading of European revolutions,[2] medieval to modern, gave central significance to the religious perspective. Previously, the violent deposition of rulers or the destruction of hierarchies—especially by the people-were almost unthinkable due to their significance in maintaining “political” and “religious” order. Since Rosenstock-Huessy, however, researchers have tended to prefer socio-economic, politico-ideological, ethno-linguistic, and generally materialist explanations—depending on current fashions—for such violence. This has been at the expense of religious and theological elements, though the 1979 Iranian revolution certainly brought these back into academic awareness. Cross-disciplinary insights suggest that what is today labelled “religious” often was (and is) the internal meaning-structures which revolutionary agents used to express and inform their own actions, fitting themselves into existing divine or supra-mundane narratives (Augustinian, apocalyptic, mystical, etc.), or re-working these narratives under the influence of new or rediscovered ideas (humanist, Joachite, Christian Platonist, etc.).

Modern researchers still struggle to balance emic and etic explanations of revolutionary action, yet at least since the 14th century, movements and thinkers began to arise which clearly defined their violent, revolutionary action in theological terms, or terms in which the “religious” and “political” are not clearly separate spheres of existence: the Apostolic Brethren or Cola de Rienzo in Italy, the Hussites in Bohemia, Thomas Müntzer in the German lands, György Dozsa in Hungary, the Lollards and Oliver Cromwell in England. The list could also potentially move to include such events as the French, pan-European (1848), and Russian revolutions, which have traditionally lacked theological analysis. Such movements built and innovated upon existing understandings of matters like the human condition and history, the perfectability of the world, and the human relationship with God, to not merely legitimize violent action (post facto), but to motivate, guide, and inform it along the way.

Our workshop aims to discuss and elaborate upon these and other themes related to revolution from the medieval to the modern periods in Europe, west and east. We hope to address the implications of re-opening historical debate on revolutions which take seriously the input of political-religion. We especially want to emphasize a broad geographic and chronological field, and welcome new and inter-disciplinary approaches to challenge established historiographic narratives. The workshop will organize participants thematically and ask them to react to each others’ papers. Some common topics/questions that interest us include:

Applicants are asked to send a brief abstract of their 20-minute project contribution (200-300 words) to Martin Pjecha (Pjecha_Martin@phd.ceu.edu) by 15 January, 2019, especially focusing on how their work can fit into, contribute to, or challenge the workshop’s theme. Speakers should be prepared to engage in lively, English-language discussions of participants’ projects and broader themes.

Limited travel bursaries will be available for those without institutional funding opportunities. Please indicate your application for funding along with your abstract.