Examining the Religious Dimension of Managerial Practices and Discourses in Slovakia

Zuzana Bártová is an assistant professor at the University of Pardubice since 2021 and a researcher at the Faculty of Social Sciences at Charles University in Prague in Alessandro Testa’s team (until Summer 2022). 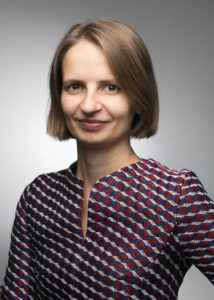 She also gave lectures at the University of Strasbourg between 2015 and 2017. She holds a PhD in Religious Studies from this same university (2019). She has been teaching seminars and lectures on consumer culture, sociology of religion and contemporary religion and has carried out long ethnographical stays in three different European countries: France, Czechia and Slovakia. At the same time, she worked as a librarian in the French second largest library (National and University Library of Strasbourg) until 2020.

As a researcher in Religious Studies, she is specialised in Sociology of Religion. Her research combines these studies with Cultural Studies and Buddhist studies in an innovative way. She focused her PhD research on convert Buddhism in France and Czechia and showed how this Buddhism is shaped by consumer culture into a lifestyle dominated by values consistent with the consumer ethos. It also revealed resemblances between the French and Czech cases. The results were part of her argument regarding Czech society and its engagement with global consumer, neoliberal and religious dynamics. She has also drawn on this research in her new fieldwork on managers and their attitude to personal development at the workplace. She analyzes their engagement as a new form of religion.