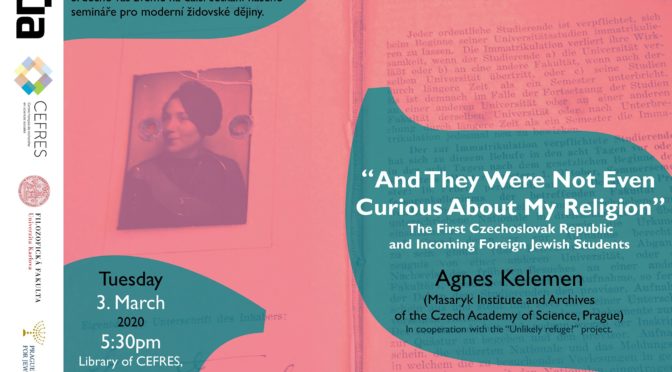 Interwar Czechoslovakia’s universities and colleges where German was the language of instruction attracted numerous Jewish students who escaped official and unofficial Jewish quotas and antisemitic campus violence in their home countries (f. ex. Hungary, Poland, Romania). They met antisemitism in Czechoslovakia as well, in addition to xenophobia. Yet, when looking back at the Czechoslovak Republic with the knowledge that it became a victim of Nazi Germany, Hungarian Jews marginalized their experiences of anti-Jewish hostility such as the Steinherz-affair (1922-23) and demonstrations for the introduction of a numerus clausus (1929) to the point of ignoring them in their memoirs and praising Czechoslovak amicability. This talk is going to present the curious interplay of Czech nationalism, German institutions of higher education, academic antisemitism, xenophobia and foreign Jewish students through the case study of Hungarian “numerus clausus refugees” who studied in Prague, Brno and Liberec between 1920 and 1938.