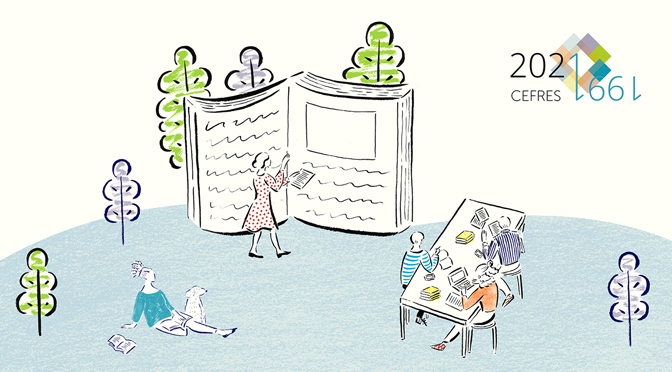 The French Center for Research in Humanities and Social Sciences (CEFRES) is celebrating its thirtieth anniversary this year. CEFRES has been both an actor and an observer of the reshaping of research in Central Europe after 1989. It has first accompanied the remarkable restoration of academic freedom and the takeover of its destiny by the academic world. Thirty years of activity in the heart of Central Europe have made CEFRES a witness to the growing importance of the European level in the structuring and financing of the research sector, to the internationalization and the intensification of international competition, and to the structural transformations that affect the social sciences and humanities. This is the reason why CEFRES and its privileged partners, the Czech Academy of Sciences and Charles University, as well as the CEFRES Alumni Association, are devoting this thirtieth anniversary conference to the great transformation of the academic world from the point of view of the recompositions of the relationship between academic knowledge and power, as well as to academic freedom.

The first part of the conference will be held in Prague in a hybrid format (face-to-face/remote) on May 27th and 28th 2021. It will be opened on Thursday, May 27th at 5 pm by an inaugural conference moderated by Mr Jérôme Heurtaux, Director of CEFRES, and introduced by Mr Clément Beaune, Secretary of State for European Affairs of the French government (by video), Ms Eva Zažímalová, President of the Czech Academy of Sciences, Mr François-Joseph Ruggiu, Director of the Institute for Humanities and Social Sciences at CNRS and Mr Tomáš Zima, Rector of Charles University, with, as guest of honour, Mr Michael Ignatieff, Rector and President of the Central European University. On Friday, May 28th, the conference will gather 26 representatives of the academic and diplomatic world, former directors and researchers of CEFRES, who will discuss past and future of the Czech-French relationship in the European context, the challenges of knowledge transmission and internationalization.  The day will begin with a keynote lecture by Mr Pierre-Michel Menger, Professor at the Collège de France.

Dates: Thursday 27 may and friday 28 may 2021
Organizers: CEFRES, Czech Academy of Sciences, Charles University, CEFRES Alumni Association
Place: Prague and online (the conference will be streamed at this address: https://www.facebook.com/cefres)
To join the different sessions, please see the links below.
Languages: French, English, live interpretation in English
Participants: download the complete list of participants here.

Chair: Tomáš Kostelecký, sociologist, member of the Academy Council of the Czech Academy of Sciences

Chair: Georges Mink, political scientist, emeritus research Director at CNRS, holder of the Chair of European Civilization and History in memoriam Bronisław Geremek at the College of Europe, Natolin, President of the ICCEES, former Director of CEFRES (2001–2003)