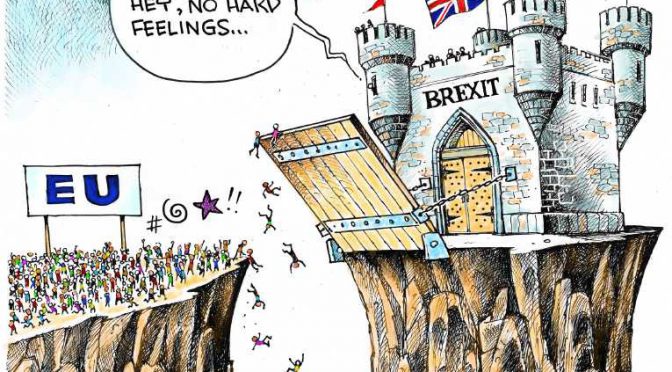 Normalizing Uncertainty. Tracing Brexit-Effects in the Lives of Slovak and Czech Roma Migrants in Britain (and Beyond)

A lecture by Jan Grill (University of Valle, Colombia)

This paper explores the effects of Brexit on the lives of Slovak and Czech Roma migrants in Great Britain through what can be called ‘normalizing uncertainty’. Coming alongside other East European migrants, some Roma networks started to move in search of more viable lives following the EU enlargement in 2004. Various studies have documented negative impacts the Brexit debates had on the lives of migrants, ranging from increased sense of uncertainty and rupture to the intensified modes of racialisation and xenophobic discrimination. Drawing on a long-term ethnographic research in the UK and in Slovakia, the present paper focuses not just on the level of discourses and narratives recorded in the aftermath of Brexit vote (elicited by researchers’ efforts and interviews) but rather tries to situate these within a long-term practices and relations vis-a-vis dominant societies and forms of being exposed to oppressive social forces and forms of violence and stigmatization. Drawing on relational sociological and anthropological perspectives, this paper examines different ways of coping with and responding to the pre/post-Brexit depending on social positions various migrants’ occupy within different social fields and the durable dispositions acquired against the backdrop of different modes of domination experienced in Central Eastern Europe and in Great Britain.

Jan Grill is Assistant Professor of Sociology at the University of Valle, Colombia. He is also Research Associate at the Department of Social Anthropology at the University of Manchester. He has conducted extensive ethnographic research among Slovak, Czech, and Hungarian Roma/Gypsy groups, exploring issues related to different forms of migration from Central Eastern Europe to the United Kingdom and Canada. He has also carried out research on uneven mobilities in the city of Cali, Colombia. His central research interests are migration, ethnicity, racialization, marginality, labour, and the ethnography of the state. His recent publications include ‘Re‐learning to labour? ‘Activation Works’ and new politics of social assistance in the case of Slovak Roma’, Journal of Royal Anthropological Institute (2018); ‘“In England, they don’t call you black!” Migrating racialisations and the production of Roma difference across Europe’, Journal of Ethic and Migration Studies (2017); and ‘Struggles for the folk: politics of culture in Czechoslovak ethnography, 1940s-1950s’, History and Anthropology (2015).