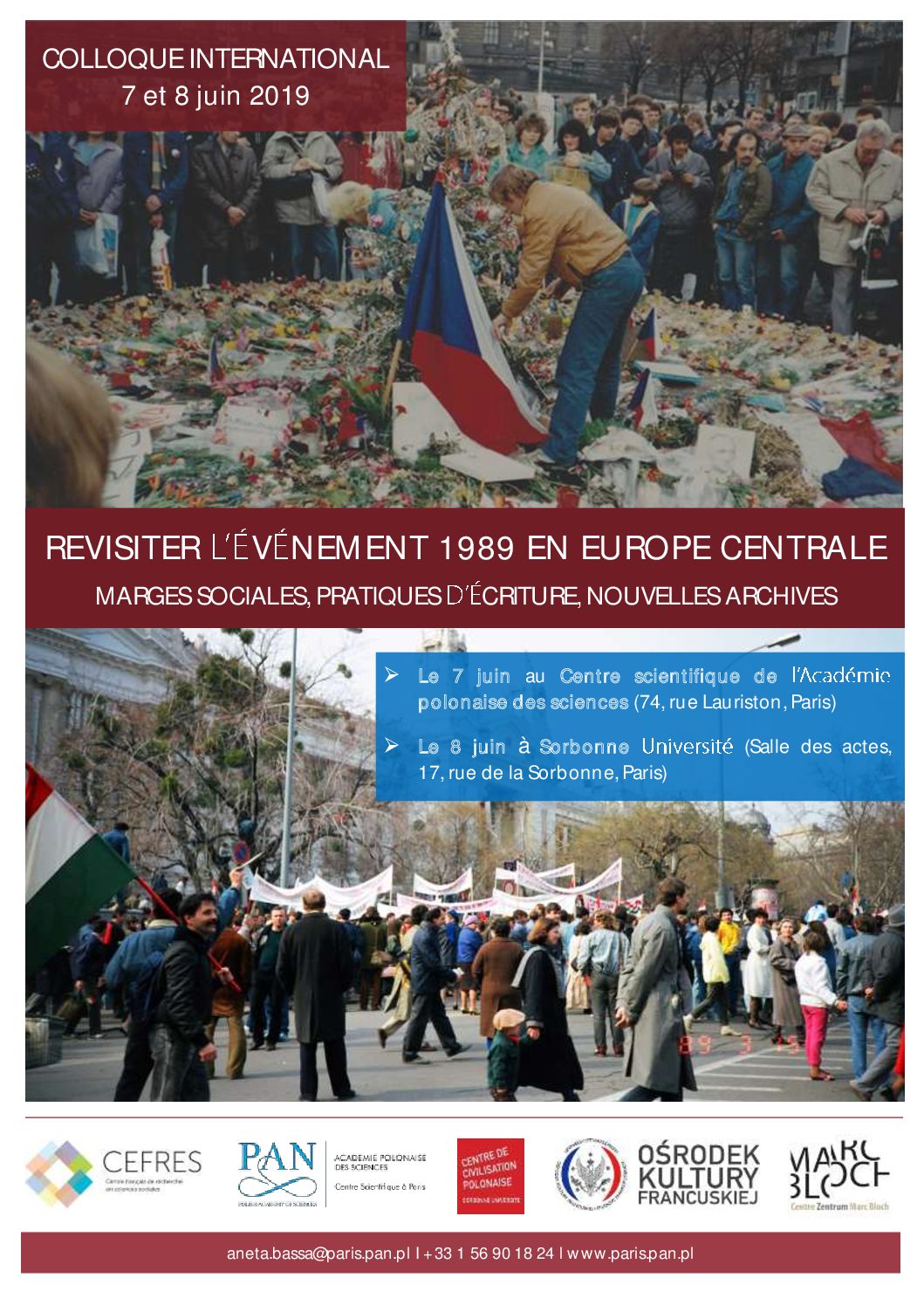 This conference is the first in a cycle of conference entitled “1989-2019: Beyond the Anniversary, questionning 1989“, held in Paris, Warsaw and Prague.

You can check the detailed program here.

Scientific direction of the Cycle of conferences