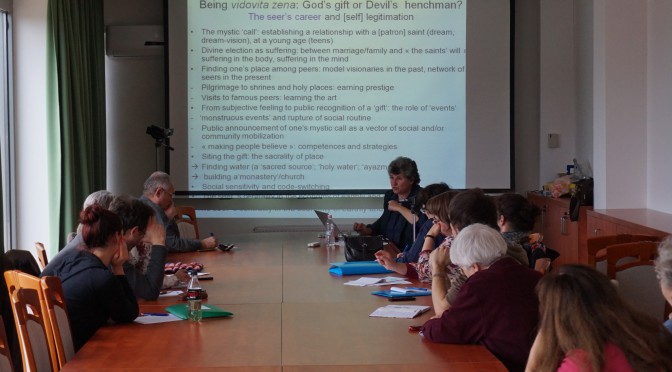 in the frame of the PhD program in Anthropology of the Pécs University, as part of the lecture cycle supported by the Hungarian Academy of Sciences, the Fondation Maison des sciences de l’homme and CEFRES.

The presentation deals with several Balkan examples of visionaries, or alternative religious experts, whose subjectivities and the cultural techniques they use in their religious expertise are patterned by three mainstream religious cultures: Roman Catholicism, or Eastern Orthodoxy, Islam.