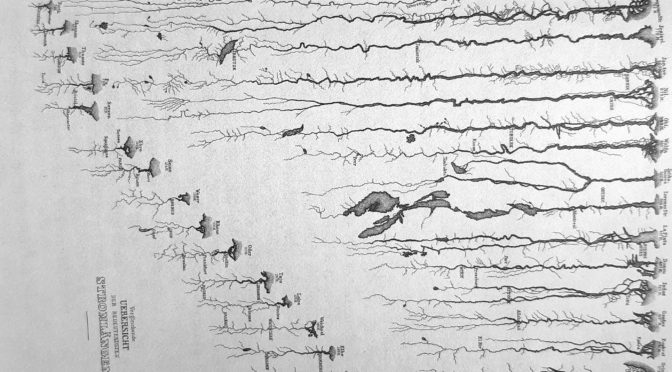 In keeping with the traditions of CEFRES, the interdisciplinary seminar proposes to bring together one Friday per month, researchers, doctoral students, alumni and French-speaking friends of the Center to discuss issues at the crossroads of their respective disciplines. In 2023, we would like to begin by questioning the very act of delimiting and representing (a territory, a period, a trajectory), in short, using the crossfire of our respective disciplines, to question the map and the border.

Between representation and identity, symbol and projection, between the concrete and the abstract, the map has accompanied the human species since antiquity as an object, a support for images and natural or abstract delimitations imposed on geographical, historical and/or social spaces. It also serves as an iconographic and pictorial memory of territories and the practices associated with them. As instruments of government, at least since modern times (Anderson, 2006), with an even greater role in the era of big data (Mericskay, 2021), maps are used for their representational power and functionality for governance purposes, as well as for their geopolitical, historical, philosophical, sociological or anthropological relevance to the territories they divide and juxtapose. It is therefore essential to question their informative, symbolic, representative or political function.

Along the way, the question of the border also arises, which has undergone an unprecedented development in the thinking of the humanities and social sciences in recent years. As an institution, a process and a symbol at the same time (Kolossov & Scott, 2013), the border goes beyond its meaning as a barrier or a closed delimitation to adopt a much more dynamic definition. Whether in view of conflicts or cross-border exchanges, the line of demarcation that the border implies must also and above all be understood as a porous zone that unites formally disjointed spaces, more extensive than its cartographic layout implies, so as to grasp its function of bringing people into contact and passage. The fact remains that, contributing to the generation of new social practices, affirming from scratch or reaffirming differences between two given geographical and/or social spaces, the border, fetishized, allows the erection of national or regional identities if it is conceived as a bulwark or a protective line of disjunction.

Map and border, projection and deformation, trajectories of the imaginary and delimitations of the political will thus be at the heart of our interdisciplinary reflection at the hinge between disciplines specific to the speakers and participants of this seminar aiming at observing common territories beyond the borders usually admitted. We propose to start each session with a concrete and palpable object, proposed by the speaker: a map, possibly accompanied by a short extract of text to open a conceptual debate between colleagues and between disciplines. A metadiscursive reflection on the way our respective objects are constituted in the era of the spatial turn will also be welcome.