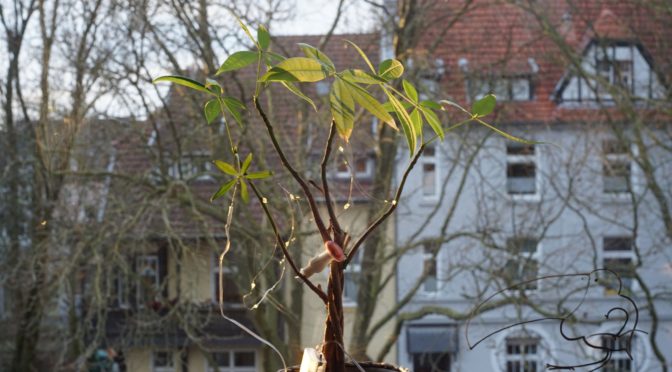 Call for applications two–year post–doctoral research position at the Czech Academy of Sciences, Institute of Sociology in an international TANDEM project

We are looking for an early–career post–doc researcher (no longer than two years after obtaining their Ph.D.) who would like to become part of our TANDEM research team for the time of up to 2 years, starting in summer 2022. The TANDEM collaboration is between Dr. Petr Gibas (Czech Academy of Sciences) and Dr. Chloé Mondémé (CNRS/CEFRES) based at CEFRES, Prague, Czech Republic.

The position is offered as part of a general call of the Czech Academy of Sciences under its program for support of young researchers. The successful candidate is expected to stay in Prague, Czech Republic, for most of the time, and to take an active part in the activities of the project, conducting her/his own research and contributing to the project debates, events and outcomes. As the TANDEM project’s main prospect is to work towards an ERC funding application, the position can lead to further project–basedcollaboration.

The position is suitable for young researchers with a background in social sciences and/or humanities whose academic interests intersect with the general framework of the Tandem project titled Home beyond species: More–than–human dwelling in the age of crises. In response to the frequently overlooked but imperative role of non–humans in the lives and dwelling(s) of humans, the projectinterrogates the more–than–human entanglements that underpin contemporary home(s), and probes the potential of thinking home beyond (human) species for a better understanding of the challenges and transformations late modern humanity is confronted with. The project is based on an empirical and conceptual exploration of carefully selected examples of more–than–human dwelling and strives to explicitly engage with the issue of how social scientists can productively study contemporary post–anthropocentric home in its diversified, localised forms. In doing so, the project ponders and strives to answer questions such as:
How can we as scientists devoted to the study of humans (and their dwelling) reflect on encountering non–humans at and around home? What new conceptual terrains can be opened up by inviting non–humans into our thinking about human dwelling(s)? And most importantly: How does acknowledging of the more–than–human entanglements challenge the established notions of home, both scholarly and commonplace?

The expected candidate can, e.g., be interested in issues concerning more–than–human studies including animal, plant or other more–than–human geographies, non–human in social sciences including anthropology, human–animal relations, micro–sociology and interactional linguistics vis–à–vis non–humans, as well as topics from post–humanism, new materialism and post–anthropocentric studies related to the project’s focus.

Please submit your research proposal (1 page of 1.800 characters maximum) outlining what research you would like to focus on as part of the project team and your academic CV to petr.gibas@soc.cas.czand/or chloe.mondeme@cnrs.fr.

More information about the TANDEM project can be found here. In case of any queries, do not hesitate to contact Petr Gibas or Chloé Mondémé directly.