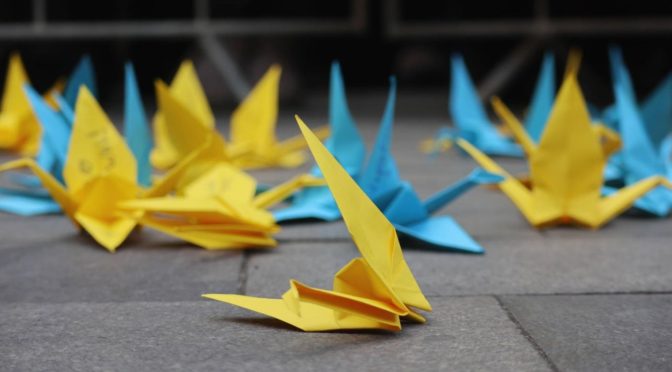 Belarus and the Russian Invasion in Ukraine

With the participation of

You can download the complete presentation of this session here.

In the early hours of the invasion of Ukraine, Russian troops advancing on Kyiv left Belarus. Russian aircraft used Belarusian military airfields and Russian missiles aimed at Ukraine were fired from Belarus. The constitutional referendum of February 27 allows Russian nuclear missiles to be deployed in Belarus. Belarus is thus a real rear base for Russian military forces in the north of Ukraine. What precise role does Belarus play in the war in Ukraine? How does the Lukashenko regime justify its role in the conflict that is ravaging its southern neighbor? How does Belarusian society perceive the conflict? How does this war affect Belarusians living outside the country, and in particular the exiles who fled the repression after the exceptional mobilization of 2020, finding refuge in Poland, Lithuania, but also in Ukraine? This webinar brings together Belarusian specialists who will bring various insights (sociology, political science, geopolitics) on these issues.

Russia’s invasion of Ukraine marks the return of war to Europe. Although the war dates back to the 2014 armed conflict in Donbas, with the war of aggression against Ukraine, it is now taking on an unprecedented scale. This war is also fought in the field of information and interpretation, posing major challenges for the humanities and social sciences. Located in the heart of Central Europe directly affected by the war, CEFRES is hosting a series of webinars dedicated to the analysis of the war and its effects in the region from the position of humanistic and social scientific inquiry.