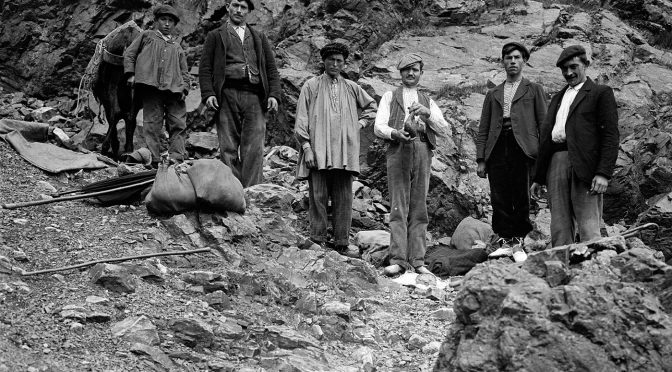 Abstract
After the First World War, France experienced an unprecedented wave of immigrants and the topic appeared in numerous public discourses (press, studies and essays, public reports, political declarations, etc.). In order to understand the operating representations at the time, that were confronted by such a phenomenon, one needs to understand a set of complex cultural references and cross them with different scales of analysis. This presentation aims to discuss the typological approach and to seize the social and cultural framework that explains them. The regional dimension being one of the parameters to be taken into account, the French South West region will therefore be mentioned in particular. The foreigner, thus, is not just he or she with a different nationality or ethnic group – moreover differently perceived depending on reputations and customary stereotypes. One must also take into account the distinctions that are not regularly mentioned: between townsfolk and farmers, sedentary or itinerant, isolated or in a family … A diachronic perspective that stretches on till the Second World War which allows to better distinguish within this domain what has more to do with permanence and circumstance.

Simon Gunn (Centre for Urban History, University of Leicester): From Workers to Communities: Migration and the Politics of Ethnicity in Bradford, England, c.1945-1980

Abstract
In the two decades after the Second World War a host of different groups from Europe, the Caribbean and South Asia came to the northern English city of Bradford to work in the woollen mills. The result was to create one of Britain’s earliest and most distinctive postcolonial cities, in which Pakistanis represented the single largest ethnic minority. This paper traces the changing identities of Asian migrants in Bradford, from the category of ‘workers’ in the 1950s to that of ‘communities’ in the 1960s and 1970s. In this process, ‘culture’ became increasingly important as a means of identifying Asian populations in the city and of the public self-identification of those populations. I argue in the paper that this process of ‘culturalization’ was double-edged, bringing with it problems which were to become visible in the Bradford ‘race riots’ of 1995 and 2001.

Tereza Horáčková: Diversity of a diaspora integrated through economic strategies: Vietnamese in the Czech Republic since the 1950s

Nóra Abdel-Salám: Diverging Migratory Tendencies of the Youth in Central Europe – Case Studies of the Hungarian and Czech Models