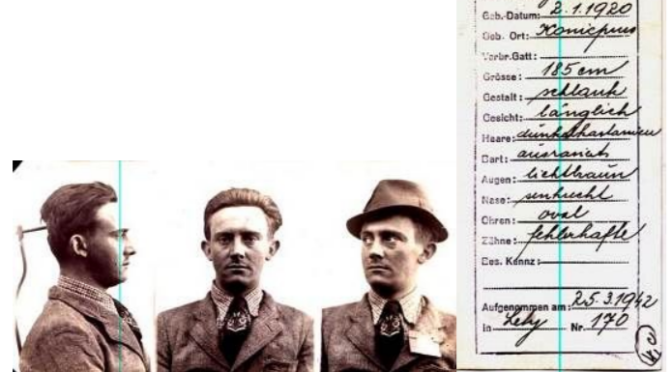 Our session consists of two presentations on biopolitics in East Central Europe. We focus on scientific knowledge and the agency of experts and bureaucracies in producing and circulating it. On the face of it, our presentations may seem disparate, as they focus on different scientific disciplines – demography and eugenics, respectively – and on different parts of the twentieth century. Our presentations, however, rest on three shared assumptions informed by the history of science. We would like to spell them out here.

First, we believe that there is no such thing as free-floating scientific knowledge. Instead, we think that the spatial turn offers us tools for a more convincing analysis. We thus explore scientific knowledge in motion, and study its circulation through various geographic and institutional contexts.

Second, we seek to trace scientific knowledge back to various practices of knowledge making. In particular, we both realized in the course of our research that bureaucracies played a major – and underestimated – role in the making and circulation of biopolitical knowledge. We thus share Theodore Porter’s recent observation that a study of bureaucratic knowledge shows sciences of the social as „more or less continuous with the forms of expertise that grew up in state agencies and reform organizations involving clergy, lawyers, and doctors as well as scientists.“

Third, we argue that linking scientific knowledge to bureaucratic practices helps us rethink both the roles of biopolitics and bureacracy in East Central Europe. However, this regional setting also brings analytical challenges that are mainly linked to the notion of dis/continuity. Conventional historical narratives represent the history of states such as Czechoslovakia as a series of radical breaks that are linked to the consecutive changes of political regimes. Yet, our presentations will show that a focus on scientific knowledge, including the knowledge shaping biopolitics, reveals a story that is both more complex and more disturbing.

Demography and its close associate statistics belong among the major intellectual and institutional offshoots of the modern European bureaucratic state whose further development continued to be tightly linked with state governance. The chapter focuses on ethnic statistics and evidence targeting Roma as cases of knowledge making most directly linked with state surveillance and management of Romani population. Population censuses and demographic surveys conducted by demographers, the ‘gypsy’ registers conducted by criminal bureaus and evidence pursued by national councils in the framework of social work generated data which circulated among these scientific and administrative institutional agents. Administrative bodies drew on primary demographic statistics and demographers used administrative data mostly as sources of secondary data, but also for comparative purposes, especially as concerns the data on the size of the Romani population. On account of the credence and authority attributed to these scientific and administrative ‘paper’ technologies, the politically constructed representation of Roma, presented as objective reflection of reality, had tangible mostly negative consequence for people subsumed under this category.  Identification and evidence were indispensable to the realization of the racial policies of the Nazi Germany and analogically, the ability and sources to achieve erasure from the evidence and disguise one’s identity could save lives.  Spanning the period of almost entire twentieth century, I trace dis/continuities in practices of identification, categorizations and evidence of the targeted objects across these specialized bureaucratic and scientific realms and embed the history of registration and personal identification practices by civil and security bureaucratic agents and by scientific experts, i.e. demographers, in a longer history of population identification and registration as instruments of governmentality indispensable to the projects of state and nation-building since the 19th century.

My talk explores some consequences of the imperial turn in Habsburg studies for the history of eugenics in East Central Europe. To fully seize these opportunities, I argue, we need to move beyond the categories derived from the classical history of ideas. History of knowledge offers us more useful tools in this regard. I will spell out how a focus on concepts and their circulation, on spaces, and on practices may help bring empire into the history of eugenics in East Central Europe, and vice versa.

First, an analysis of concepts used by eugenicists in early twentieth century Austria-Hungary reveals how various actors drew on eugenics to think through their imperial situation, sometimes in startling ways. Moreover, conceptual history makes it possible to trace the continuities and reframing of such eugenic knowledge after the collapse of the empire and the emergence of its successor states. Second, I argue that a focus on the spaces in which these concepts circulated not only shows the transnational nature of eugenic knowledge, but also illuminates how it operated on multiple scales, local and global, national and imperial. Third, an analysis of practices and institutions in which eugenic knowledge was embedded opens up new possibilities for explaining its changes. How can we explain the rise of radical biopolitics in interwar post-Habsburg Central Europe remains the crucial question here. However, my talk will suggest how the perspective of imperial history and history of knowledge can help us answer this question in a more complex way.

Suggested Readings for both presentations