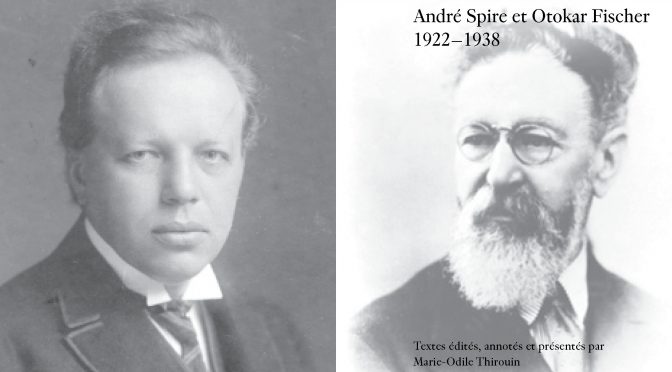 The book will be presented by Marie-Odile Thirouin (University of Lyon 2) and Marie-Brunette Spire.

An odd story of friendship between two poets that everything seemed to separate: borders, political commitments, and poetic conceptions. Yet, André Spire (1868-1966) and Otokar Fischer (1883-1938) developed in the course of their 16 year-old epistolary correspondence an almost brotherly relationship. Their differences opened up a dialogue that fed their friendship and their reflection on the most pressing issues. Through these warmly felt letters a more unknown dimension of the interwar relationship between Czech and French culture can be uncovered.