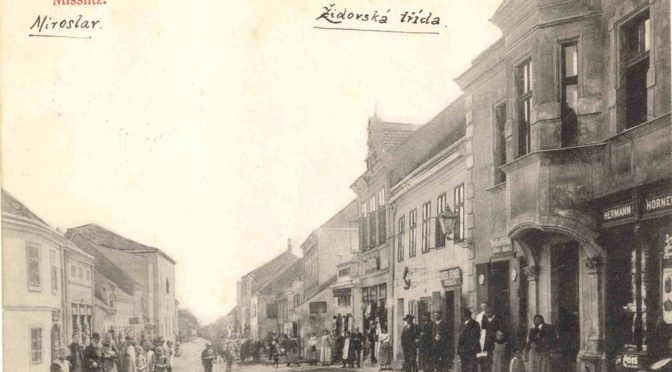 A lecture by Raz Segal (Holocaust and Genocide Studies, Stockton University, New Jersey), in the frame of the seminar on Modern Jewish History organized by the Masaryk Institute and Archives of the Czech Academy of Sciences, CEFRES and the Prague Center for Jewish Studies.

This lecture will focus on the paradoxical connection between global Holocaust memory and the current attack on the ultimate “other” of the nation state: refugees. It will explore specifically the use in Hungary today of central elements of the global memory culture about the Holocaust in order to continue propagating the idea of an ethno-national “Greater Hungary”; that is, the vision that drove the genocidal assault of the Hungarian state during World War II against Jews, Roma, and other groups perceived by the state as dangerous, foreign, or otherwise “non-Hungarian.” This vision now also targets refugees.

The Hungarian government claims that the Holocaust was solely a Nazi project, so that anti-Jewish violence and destruction in wartime Hungary in no way stemmed from Hungarian nation- and state-building. This erasure of state violence ironically mirrors a central idea of the global memory culture about the Holocaust: that it was a unique event, because Nazism and Nazi antisemitism were unique phenomena, in no way related to the modern state. Thus, the Hungarian government today cynically portrays the Jews who had lived in the wartime borderlands of Hungary—who the state had declared foreign and dangerous and launched a genocidal attack against them—as Hungarian Jews annihilated by Nazi Germany alone. This historical distortion, then, strengthens the Hungarian claim for these territories — the lost territories of “Greater Hungary” — which are today parts of Ukraine, Romania, and Serbia. The erasure of state violence from the history of wartime Hungary thus allows the Hungarian government to use global Holocaust memory in the service of the very political vision that excluded Jews and targeted them for destruction. It also blurs a virulent antisemitic political discourse in Hungary in the last few years, linking Jews to refugees by depicting Jews as threatening for their alleged attempt to destroy Hungary by supporting the entry of refugees into the state. The lecture will unpack this paradoxical situation.