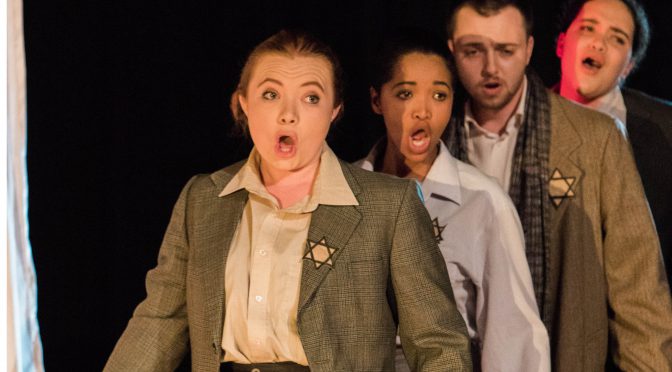 A lecture by Lisa Peschel (University of York) in the frame of the seminar on Modern Jewish History of the Institute of Contemporary History (AV ČR) and CEFRES in partnership with the Masaryk Institute (AV ČR). During the 40-month project Performing the Jewish Archive, we experimented with type of performance, which we called co-textual performance, to try to generate more intense audience engagement. That is, when we attempt to re-stage scripts written by Jewish authors during World War II, the historical context is one of the most important aspects of the plays. We argued that present-day spectators would be more engaged if they knew the historical background, but how to best present it? We proposed that performed scenes regarding the history, which would be presented as ‘co-texts’ – that is, incorporated into, and just as important as, the script itself – would be more effective than more traditional pre-show talks or program notes that treat the historical information as context. In this talk I describe how we created co-textual performances and how we tested their effect on the audience.