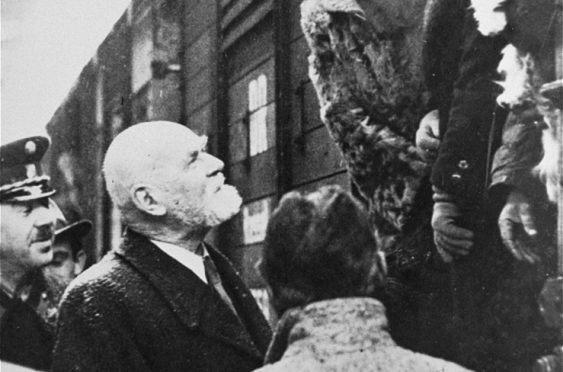 A lecture by Elizabeth Anthony (US Holocaust Memorial Museum) in the frame of the seminar on Modern Jewish History organized by the Masaryk Institute and Archives of the Czech Academy of Sciences, CEFRES and the Prague Center for Jewish Studies.

Of the pre-Anschluss total of more than 200,000 Austrian Jews – both self-identified and those categorized as such by National Socialist “racial” policy – more than 90 percent lived in Vienna. Some 130,000 managed to escape but the Nazis murdered no less than 65,000, and by 8 May 1945, fewer than 6,000 remained alive in the capital city. Some survivors reemerged from hiding immediately upon the Soviets’ conquest of the city and those who had endured internment in concentration camps joined them there shortly thereafter. The majority of Austrian Jews who survived in exile remained abroad, but a few thousand also returned to reestablish lives in Vienna.

Why lay down roots anew in a homeland from which they had been deported or expelled, and why choose to live among former compatriots who neither expected nor desired their return? What did survivors expect to find in Vienna? What reality did they encounter? And why did they stay? This presentation elucidates the different concepts of familial home, political home, and professional home that inspired a handful of Viennese Jews to go back to their hometown. It analyzes the first opportunities survivors took to exert personal agency for their futures in the immediate postwar period with their emotional, political, and professional reconnection to Viennese society.