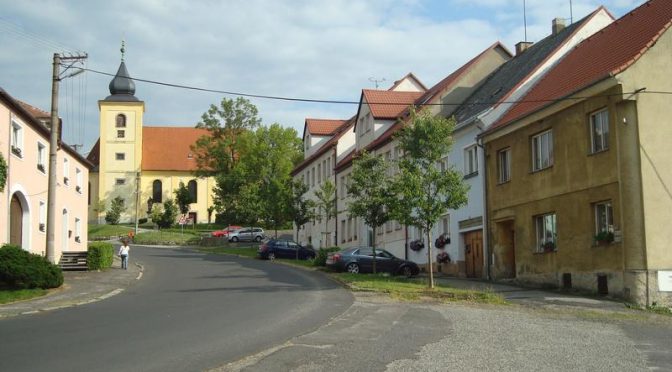 Changes in Cultural Landscape of Czech-German Borderlands since 1918 until Nowadays: The Case of the Dolní Žandov Commune by Karolina Ćwiek-Rogalska

In her book, Karolina Ćwiek-Rogalska deals with the changes of the cultural landscape of the Czech Borderlands, based on the example of the Dolní Žandov (formerly Unter Sandau) commune. In a significant way, the landscape was co-created by the German-speaking inhabitants who, after 1945, practically disappeared from there, since they were displaced. This absence triggered changes in such areas as culture, society and landscape. Karolina Ćwiek-Rogalska’s research is about the people who settled—or were settled—in the Dolní Žandov commune and the people who used to live there before 1945.

Karolina Ćwiek-Rogalska trained in cultural studies, slavist studies and ethnology. Her research interests include the anthropology of landscape, cultural borderlands and forced displacement in Poland and Czechoslovakia after 1945. She also uses “hauntology” as a tool of anthropological research. She currently works as an assistant professor at the Institute of Slavic Studies of the Polish Academy of Sciences in Warsaw. Her first book Zapamiętane w krajobrazie. Karjobraz czesko-niemieckiego pogranicza w czasach przemian was published in 2017. She now conducts a new project called „Recycling of memory. German War Memorials in Central Pomerania region”, financed by the National Science Centre of Poland.
Contact: karolina.rogalska@ispan.waw.pl