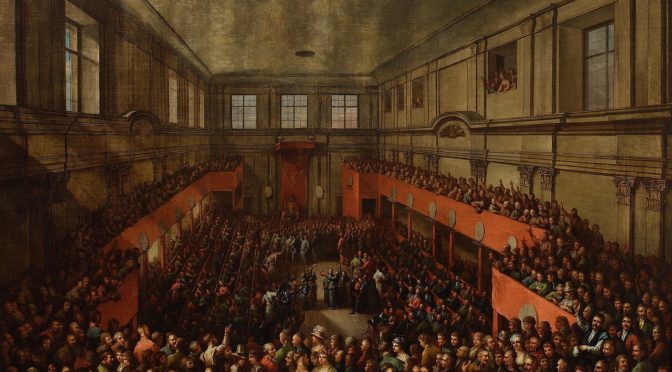 Debate around the Czech translation and publication (2019) of the book Considerations on the Government of Poland of Jean-Jacques Rousseau (1782).

Jean-Jacques Rousseau’s Considerations on the government of Poland (1771) is the last political work of the philosopher, and the only one that had not yet been translated in Czech. It is an unique reflection on the republican regime of the Polish-Lithuanian state, which statements will be used again a few years later, during the American federalists talks on the means to create a liberal republic.

With Polish, Czech and  French specialists of Rousseau:

Moderator: Jan Květina (Institute of History of the CAS)