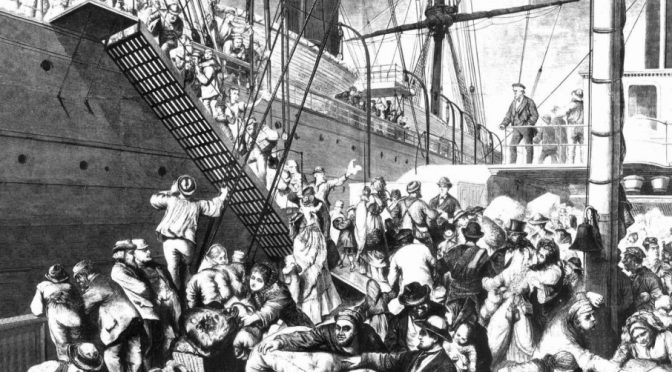 A lecture by William O’Reilly (Trinity Hall, University of Cambridge) William O’Reilly is a senior lecturer in Early Modern History at the University of Cambridge, associate director at the Centre for History and Economics and full-time fellow at the Institute for Advanced Study in Budapest. He has worked on a range of topics in early modern European and Atlantic history, and is particularly interested in the history of European migration, colonialism and imperialism. He serves on the International Advisory Boards of the Historical Journal and Themes in Migrations.

Selling Souls investigates the history of seventeenth and eighteenth-century German emigration to North America and Central and Eastern Europe through the actions of Seelenverkäufer, the ‘soul-selling’ traffickers who recruited and escorted migrants and who bridged divides in geography, in literacy and illiteracy, in economic security and insecurity, in freedom and servitude. As the fashion for emigration grew in Europe after the great depopulation and general upheavals of the Thirty Years’ War, so did the proclivity of recruiters. It was virtually impossible in seventeenth and eighteenth-century Europe to contemplate emigration without coming under the influence of an agent or advertiser. They were scoundrels and saviours in differing measure and without their actions the entire process of early-modern migration would have been inconceivable. As such, they laid the groundwork for subsequent mass migration in the nineteenth and twentieth centuries.Selling Souls considers the role of colonist recruiters in the creation of a complex network of communication that encompassed an expansive Atlantic World, from Pennsylvania to Transylvania. Without the actions of migrant recruiters, informal webs of contact and communication could not have been maintained among migrants and, by extension, further migration might not have taken place.