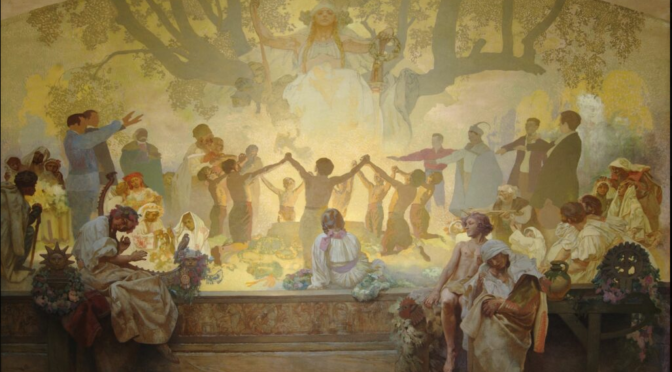 Pan-Slavism or Romantic Nationalism? The case of the Pest-Buda Serbs in the first half of the nineteenth century

The nationalism studies are a broad field, with several different schools of thought, usually divided between the modernists and primordialists. The phenomenon of nation building is generally viewed as a modern concept, characterized by the age of changing social orders, rise of industrial capitalism, new technologies, and information age. Whether the emerging nations had a right to claim that their existence reached far beyond this modern era, does not truly matter. The nationalist movements abide by a certain set of rules. Researchers devised methodological tools which would act as a lens through which we could determine the stage of development of a certain national movement. One of these tools is the framework by Joep Leerssen, a Dutch historian, who proposed the idea of “cultural nationalism.” This theory, among others, would be the basis of my attempt to determine whether a certain movement, regardless of its developmental stage, would qualify as a national one, and if not, what were the reasons for it?

My presentation would try to answer what were the characteristics of both Pan-Slavic and Serbian national movements in the first half of the nineteenth century. Furthermore, it is important to observe their interrelation, more specifically, the impact of the former on the latter. By providing the answers on why Pan-Slavism never fully developed as a “cultural nationalism” of sorts, I would argue that its influence on the emerging Slavic national movements was crucial regardless, especially in the case of the Serbian one. In the decades prior to the revolutionary year of 1848, an idea of South Slavic cooperation developed, which led to the rise of illyrism and yugoslavism, and both of these set a course of development of the national movements they encompassed