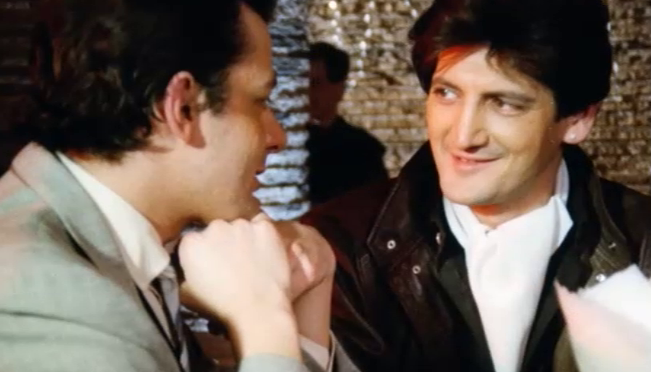 Abstract: In Communist Poland, the argument that homosexuality is “against nature” spread into social discourse. But how can one define this “nature”, if not a moral root useful for ideologically condemning love between men or between women? During the 1970s and 1980s, the perception of homosexuality as a cultural threat was based on an almost total absence of representations of gay or lesbian communities in the official media, apart from the rare presence of homosexual characters in fiction films. Two events seem to cause a relative re-consideration of the normative discourse: the formation of advocacy groups following Operation Hyacinth (1983-1985), and the AIDS epidemic. They involve a paradoxical “publicization” of a desire still marginalized. This communication aims to discuss the concept of “taboo” in support of an analysis of filmic works produced on the periphery of the major studios, namely within the circuit of amateur film clubs and in the Studio of Educational Films (WFO). These films seem to break with a purely pejorative or stereotypical approach to homosexuality and AIDS. Do these films participate in the emergence of an “new structure of feeling” (Jagielski, 2021) through which the emancipation of homosexuals turns out to be less possible than prevented?

Mathieu Lericq is a post-doctoral researcher and junior lecturer at Université Paris 8 Vincennes Saint-Denis (ESTCA). His doctoral thesis dealt with the political value of bodies within Polish cinema of the 1970s and 1980s. His researches, combining the fields of history and aesthetics, explore more precisely the issues of sexualities in Central European films. In 2021-2022, he elaborated a research on the medical representation of illnesses in the films produced within the Studio of Educational Films (Wytwórnia Filmów Oświatowych, WFO) in Łódź. He lately published a book about Béla Tarr and is the author of several articles.

Part 2
“Norm-Making and Norm-Breaking in the Queer Counterpublic Sphere of the Polish Post-Socialist Transition”
Magda Szcześniak, Institute of Polish Culture, University of Warsaw

Abstract: Although the year 1989 is often described and celebrated as the “beginning of freedom” and a “return to normality,” the history of the Polish queer “counterpublic sphere” calls such teleological accounts into question. Not only did querness exist and manifest itself in the public sphere (albeit in complex and ambiguous ways) before 1989, but the new capitalist and democratic reality did not automatically grant visibility and rights to those who had been considered “not normal.” In the presentation, I will reflect on discussions about sexual norms which unfolded in the queer counterpublic sphere of the 1980s and 1990s. Taking place predominantly in zines and magazines, these debates echoed the conflicts unfolding at the same time in Western LGBT movements over the issue of assimilation, or what Lisa Duggan has called “homonormativity”. Simultaneously, their dynamics are specific to the post-socialist moment. From the question about the appropriate form of self-naming through the tactics of upholding sexual practices in the times of the AIDS epidemic to issues of self-presentation in a hostile public sphere, these discussions offered varying visions of queer life after 1989.

Magda Szcześniak is Assistant Professor of Cultural Studies at the Institute of Polish Culture, University of Warsaw. Author of book Normy widzialności. Tożsamość w czasach transformacji [Norms of Visuality. Identity in Times of Transition, 2016], devoted to post-socialist visual culture and its role in the economic transition of the 1990s, and co-author of the two volume Kultura wizualna w Polsce [Visual Culture in Poland, 2017]. In her latest book, Poruszeni. Awans i emocje w socjalistycznej Polsce [Feeling Moved. Upward Mobility and Emotions in Socialist Poland, to be published in 2023], she examines the ways in which emotions generated by radical changes of class structure in post-war Poland were translated into representations, creating a complex genre of “socialist upward mobility stories”. Szcześniak has received stipends from the Fulbright Foundation (2010/2011; 2019/2020), the Polish National Science Center (2013–2015, 2018–2021), the Polish Ministry of Higher Education (2017–2020) and has received the “Polityka” Academic Award in the field of the humanities (2017).

See the complete program of the Seminar here.