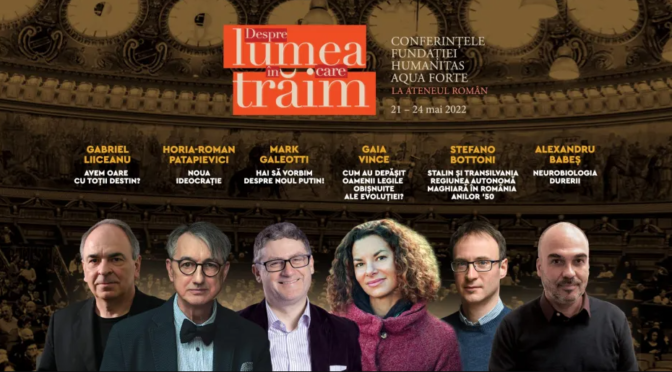 How to study an “ugly” movement? Romanian conservative intellectuals and the backsliding of democracy in Central Eastern Europe in transnational perspective

“Populist,” “illiberal,” “nationalist,” or “conservative”: these are some common ways to refer nowadays to political actors, social movements, or intellectuals who criticize liberal democracy. These overused, worn-out, and often abused labels have been reinvented despite some obvious theoretical flaws and methodological biases. Perhaps, because these terms are fulfilling a vital social and political function – naming and shaming what appears to be at the climax of the ideological undesirability – they continue to be widely used in the media and by social scientists. A few questions emerge naturally: how to engage with a research field undermined by so many negative preconceptions? How to study an object labeled in such a derogatory way? Which research methods would allow us to break with the common beliefs and approach the conservative mobilizations more reflexively?

To answer these questions, the presentation examines a specific case: the Romanian conservative intellectuals and their contribution to the political debates that have challenged since 2007 the “liberal consensus” established in Central and Eastern Europe (CEE) after the demise of state- socialism. By “liberal consensus,” I understand discourses that have accepted and promoted human rights (including minority rights and tolerance towards cultural, religious, and gender diversity), the market economy, the rule of law, and the European integration. By “conservative” intellectuals, I understand public figures who define themselves as such.

The research examines a variety of conservative intellectual platforms, think tanks, and networks and their interaction with similar groups in Europe and beyond. However, the topic remains sensitive and full of challenges for the researcher who ventures into this field. First, while it allows breaking with the normative perspectives on the “conservative” marker and negative biases conveyed by labels such as “populist” or “illiberal,” the self- definition method risks overlooking other actors and organizations with the same discourses but who refuse to define themselves as such. Second, although they have an important cultural and social coverage, many Romanian conservative intellectuals are not directly involved in politics. Thus, how can we accurately measure their political impact?

Third, the intellectual life has always been a transnational and volatile phenomenon, fed by the international circulation of ideas. Therefore, tracking the references and views that transnational interactions brought into the local conservative field and vice-versa can be tricky. Forth, it is well known that studying an “ugly” movement (terrorist, violent, racist, intolerant, etc.) raises profound moral and ethical issues for the researcher. While the literature on this topic provides some valuable instruments regarding the “right” research posture to adopt, the specificities of the Romanian intellectual history complicate the task considerably.

By discussing four research methods (the social history of ideas, the transnational history, the qualitative discourse analysis, and the qualitative network analysis), this presentation aims at answering some of the aforementioned methodological and theoretical questions.