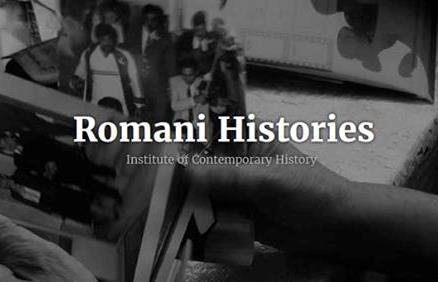 The Prague Forum for Romani Histories at the Institute of Contemporary History (Czech Academy of Sciences) invites proposals for an international conference on Romani migrations and mobilities, with particular focus on the period from 1945 until today. The conference will bring together scholars from across a variety of disciplines to present empirically grounded accounts of the multiple dimensions of Romani mobilities since 1945 in order to analyse connections between various forms of past mobilities and migrations and the most recent movements of various Romani groupings. The conference will be held in Prague on September 16-18, 2019. It is organized in cooperation with the Seminar on Romani Studies (Department of Central European Studies) at Charles University, the Faculty of Social Sciences and Economics at University of Valle, and the United States Holocaust Memorial Museum’s Jack, Joseph and Morton Mandel Center for Advanced Holocaust Studies.

Over the past decade, a growing number of research projects, publications, and media have focused on Romani migrations and mobilities. However, most of these studies have only rarely combined the study of historical continuities and social trajectories shaping the present-day migratory movements. Anthropological and sociological accounts have documented contemporary strategies of Romani migrants, the production of legal classifications, and explored the politics shaping Romani mobilities. Additionally, the trope of ‘nomadism’ has continued to inform the discussions as a foundational concept (often as a simplified ‘straw man’) that researchers embrace or oppose to explain their arguments. We invite researchers to interrogate the utility and limitations of this binary, bearing in mind that a large proportion of local Romani communities have been part of the European sedentary population, and to move beyond it through conceptually innovative analyses of movement, circulation, migration and the concomitant social and existential mobilities they imply in the context of the post-World War II era.

The conference aims to contribute to the incipient field of comparative studies of Romani mobilities with a focus on the second half of 20th century and from intersectional perspectives. Whereas recent research has documented the suffering and persecution of Romani groups during World War Two, post-war developments have not received the same measure of attention. These include, for instance, Romani experiences of returning to destroyed homes, government attempts to resettle and disperse Romani populations by force, labor and other internal migrations in search of better lives enchanted by the opportunities available in more industrialised cities, or navigating through ‘compensation schemes’ introduced by various state and international agencies. Many members of previously persecuted minorities, including Roma, hoped for a better future as a result of massive post-war projects to restructure European states. In Central, Eastern and Southeastern Europe, most of the local Roma aspired – together with others – to greater social mobility and full membership through socialist citizenship. Socialist projects to reach the ‘greater common good’ and societal equality, however, also entailed forced displacements and new regimes of disciplining the Romani bodies to cultivate working-class citizens out of Romani/Gypsy groupings. On the other hand, post-war aspirations and trajectories of (social) mobility of the Roma in the “West” remain largely unexplored, as well as the participation of Roma in movements and navigations across the East-West divide.  Similarly, relatively few studies explore the social mobility of Roma linked with gendered changes and (re)negotiation of tradition in inter-community relations, as well as other mechanisms and dispositifs along which members of Romani communities renegotiated their (stigmatized) “Gypsyness” in post-war times.

Thus, we invite various contributions to explore a wide range of mobilities and different intersections and/or entanglements between often contradictory developments, which can be understood as a condition for mobility, including physical movement and a change in social position. Additionally, the conference organisers welcome empirical and theoretical discussions of Romani mobilities as oscillating between modes of dispersal and containment, between forced mobilities and efforts to carve out autonomous movements and spaces.

Conference themes and areas of interest

The conference aims to bring together various empirically grounded and historically informed studies exploring different kinds of mobility and immobility in Europe and beyond. Locating these mobilities in the broader political, social, historical and cultural contexts and forces, contributors are invited to reflect on both voluntary and forced migration, patterns of seasonal mobility, and various forms of mobility (e.g. existential, physical, social) as a reaction to oppressive conditions as well as newly opened possibilities.

We welcome in particular proposals that focus on one or more of the following areas:

The conference will include a panel highlighting research based on the archival holdings of the International Tracing Service (ITS). The ITS collections include more than 35 million multi-page Holocaust-era documents relating to the fates of more than 17 million people who were subject to incarceration, forced labour, and displacement during and after World War II.  The Archive included significant holdings on Romani victims and survivors, as well as documentation of Romani interactions with refugee resettlement agencies and compensation schemes. Proposals that feature ITS-based research are particularly welcome. As additional conference program a public session will be organized in cooperation with the US Holocaust Memorial Museum in Washington, DC., during which experts working on the ITS collections will introduce the research tools available to the interested public and assist Romani participants and visitors in searching for the documentation on their ancestors.

Those wishing to present a conference paper are invited to submit an abstract of no more than 350 words and a brief CV of no more than 150 words to the conference organisers, Jan Grill & Helena Sadílková, by February 28, 2019. We will inform applicants of the decision of the organising committee by March 30, 2019. Full written papers will be due July 1, 2019.

For further information regarding to the conference, please contact: Jan Grill and Helena Sadílková